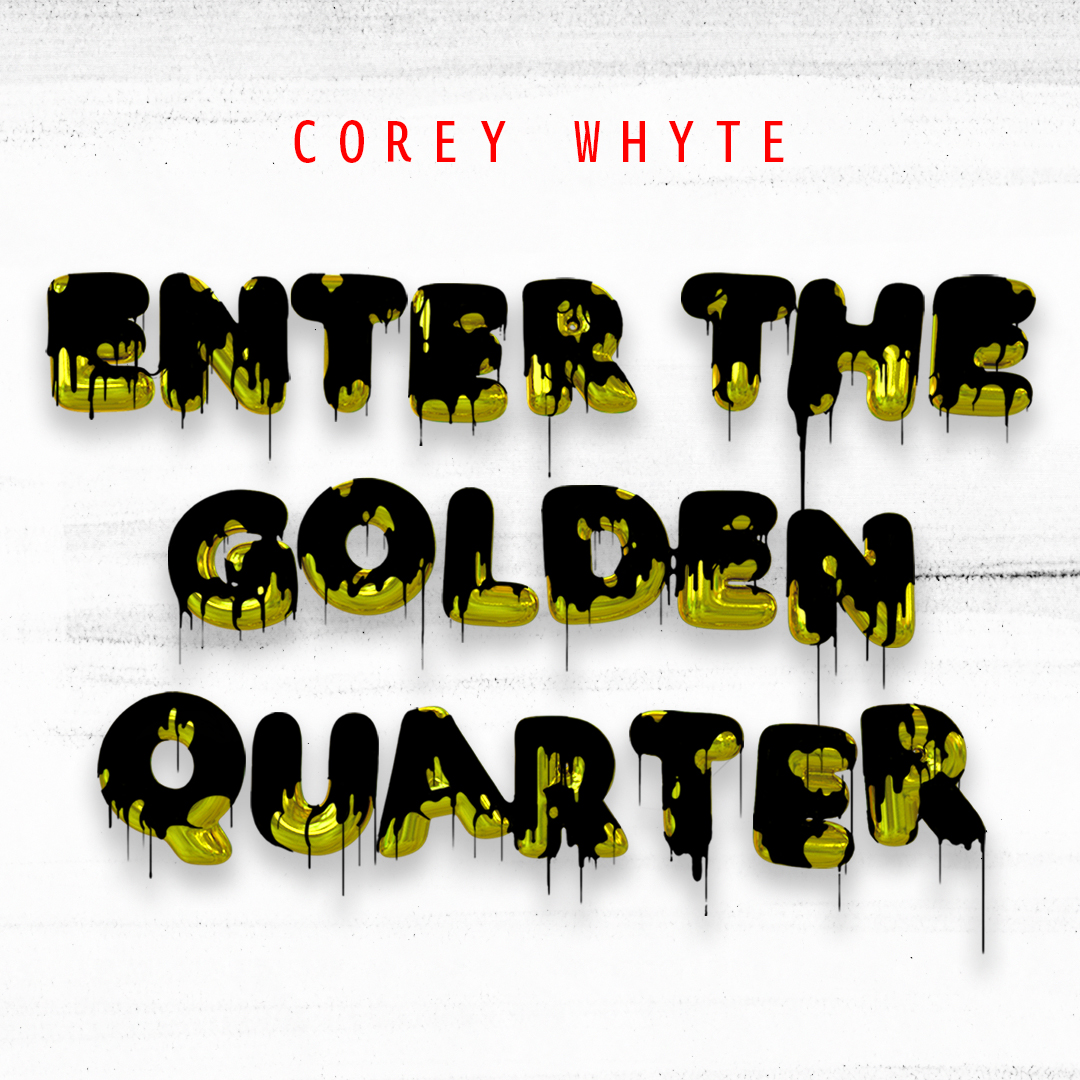 Corey Whyte’s first solo exhibition; “Enter the Golden Quarter” takes its title from the economic period in the lead up to the holidays where the retail industry hopes to make the most profit, the exhibition is appropriately timed to coincide with Frieze Art Fair, October 2019.

Whyte is an artistic anthropologist, and his practice is a record of his observations on how society operates within a culture of commodification, whilst simultaneously examining the commodification of society itself. We set out on annual pilgrimages over ever familiar ritualistic terrain, whether that be the countdown to Easter, Halloween or Christmas. Prior to Christian appropriations, the pagans tied their own annual rituals to the seasons – these helped them to welcome in the Spring, celebrate the harvest in the Autumn or just survive the Winter – harmonising communities with each other and Nature. Somewhere along the way, these rites have been twisted into our current hysteric consumer behavioural pattern, which has perverted the initial intentions, bastardising them over and over again into a distorted state in which we must celebrate; because – we must.

The combination of ingrained rituals that have been satiated with a seasonal opportunism and Machiavellian consumer behavioural control, manifest in a frenzied commodification of the seasons and loss of societal values that hold communities together. The more isolated and secular society becomes, the more the need to replace it with the New Gods. Reaching new heights with the hysteria and mantras around the idea of the limited edition product, the “one – off, only for you and you have to have it”. The fetishisation of the object, the applied and fictitious value resulting from its uniqueness is the thematic in Whyte’s visceral and chaotic eye candy creations – he applies the idea of the limited edition product to our marketisation and consumption of contemporary art.

Post-all-of-the-financial-crashes-of-the-last-ten-years – consumerism in art has changed it’s tone. No longer does the shine of Koon’s Balloons, or satiated colours of Warhol’s Prints reflect a contemporary sense of optimism about the status of the economy. Whyte’s works are the residue of icons from an era that has been and gone- when consumer goods had a sense of social significance. He draws on the same consumer reification as the (Neo) Pop Masters, but now they are examinations of ghosts that have come back to haunt us- like the norovirus version of the lobster you had previously enjoyed.

The world’s imminent demise also gives us an aesthetic enjoyment of catastrophe and death found in Whyte’s work. Today, everyone and every place practices self-aestheticization to become objects of admiration, and by extension characters such as the witches in Upon Witching Hour They come, and a Trade is Made (2019) are the secular icons of our time. This is one of the six totems exhibited in Enter the Golden Quarter that are desecrated by Whyte – his the work bastardises itself to create a reimagined baroque form of its original state.

We cannot destroy art through our consumption of it like other consumer goods. Instead we ingest art through it’s contemplation, and Whyte’s observations of our anxiety ridden relationship with consumerism and the marketisation of art highlight this lack of satisfaction – the way in which the works ooze and drip from folds and creases in a never ending state of arousal leave us with our mouths watering in a perpetual state of wanting more.