Etching, Scratches of The Soul 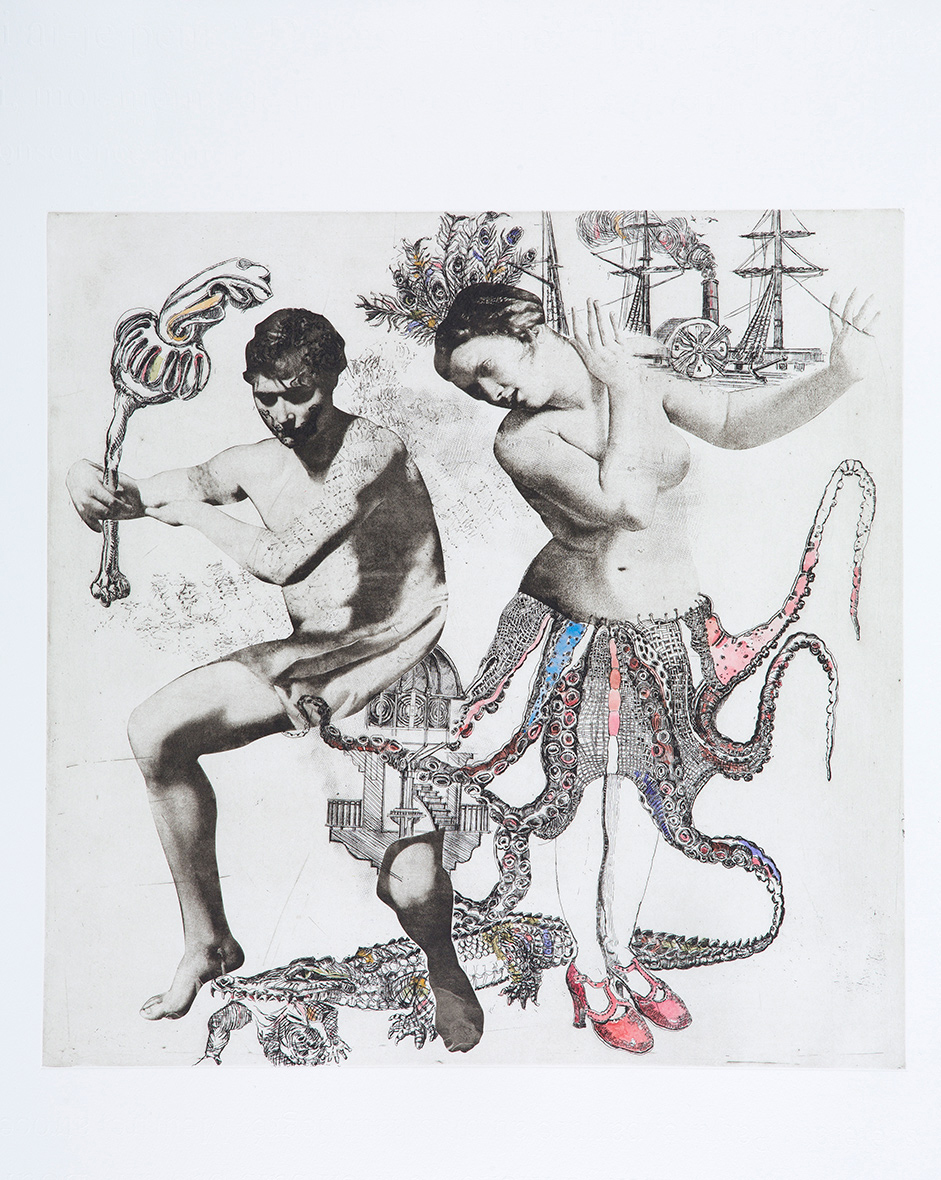 Drawing has been a part of Charlotte’s life since childhood. Growing up in Paris, she was surrounded by constant movement and – always carrying a notebook with her – depicted people she saw on the metro and in cafés. The drawings soon became a way to connect with life and eventually also a mean to express thoughts inspired by the readings of André Breton and Georges Bataille. Today, living and working in the southern town of Bordeaux, Charlotte devotes her artistic practice to etching. The technique, a form of engraving favoured by the Old Masters and the German Surrealist Hans Bellmer, is recognised for its capacity to capture details.

The first shift from pen and paper to engraving happened when Charlotte was in her teens and entered the École Estienne in Paris, where she had access to all printing tools. This was a brief spell with the medium and she quickly returned to drawing as she was accepted to Les Art Déco in Strasbourg and later settled down in the Balearic Islands, where she made a living from her art for over ten years. A move back to Paris and the encounter with a local engraver caused a second shift. Bellmer’s life-size pubescent female dolls inspired a series of images of incised bodies, referred to by the artist as ‘my dissected bodies’. Erotic and factual at the same time, these are portraits equally inspired by Marcel Moreau’s sensual writing as by anatomical slides picked up in second-hand bookstores.

‘I can touch so many things since my skin has been peeled off, that I can even touch the veneer of the ‘seems-to-be’, which only lasts the time of an illusion. I can blast it, I can bleed it, lynch it, nervously pollute it with my intramuscular, chromatic and other treasures exhumed from orgasmliquified bodies : that way summed-up by Michaux : ‘Knowledge by depths’ (extract from Marcel Moreau)).

The visuals achieved in ‘dissected bodies’ was advanced by Charlotte in a group of life-size portraits of martyred female saints, created during a residency at Madrid’s Casa de Velázquez in 2013. These are startling beauties depicted with their bodies cut open and bones and entrails dispositioned. Inspired by and executed in response to the Spanish Baroque master Francisco de Zurbarán’s portraits of female saints, Charlotte’s series is much more than an exploration in aesthetics; it is a bold and honest comment of universal female suffering.

The gallery exhibition comprises works from various stages of the artist’s career and is complemented by three works by Spanish sculptor Fernando Suárez Reguara.

Etching, Scratches of the Soul is open daily 11am to 7pm from 17th to 29th July with a late viewing accompanied by drinks and canapés on Tuesday 18th. 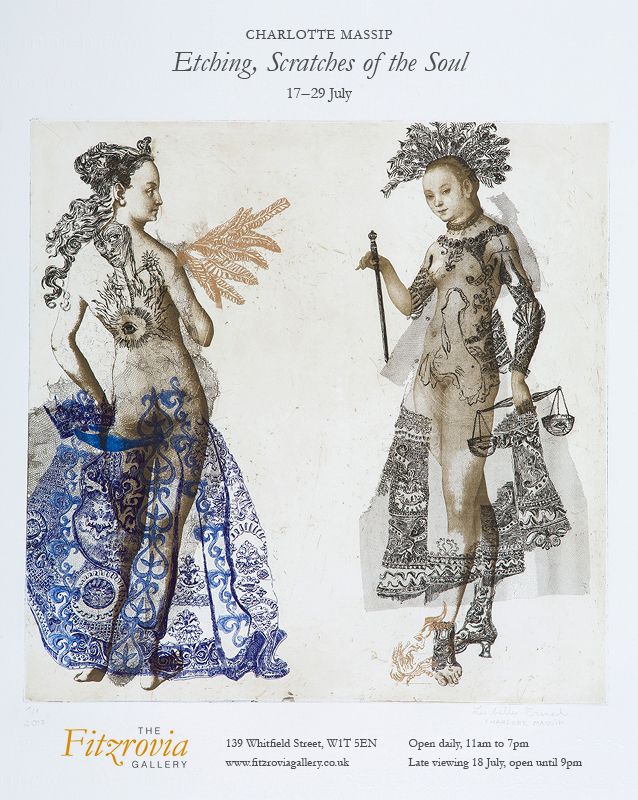 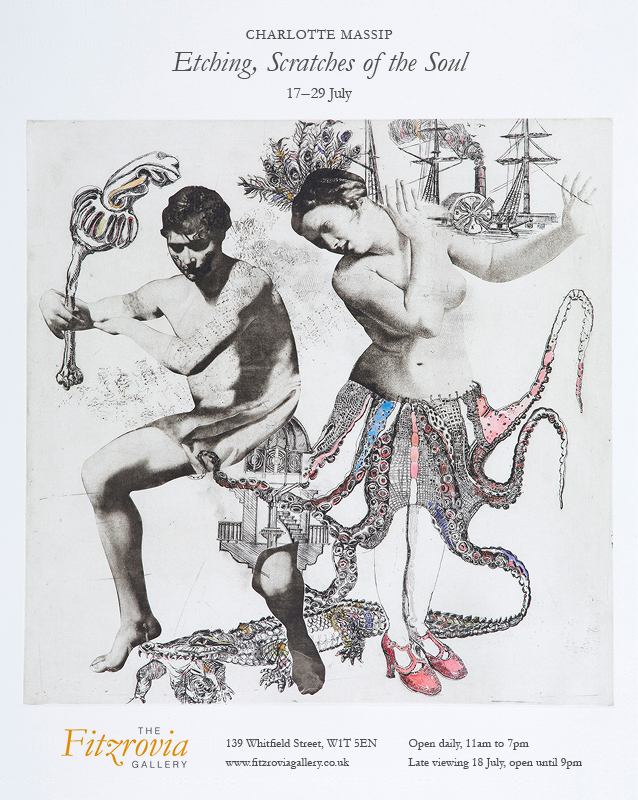 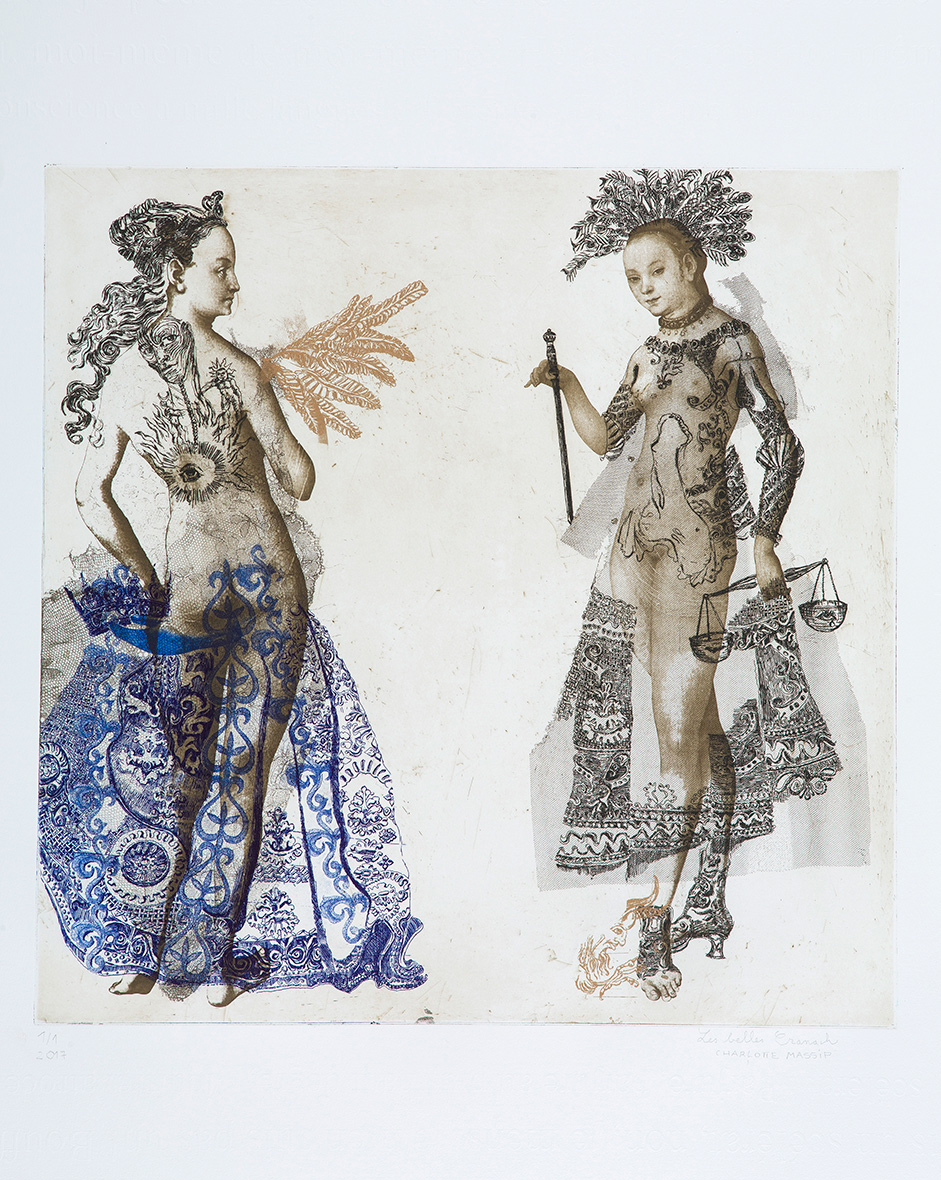 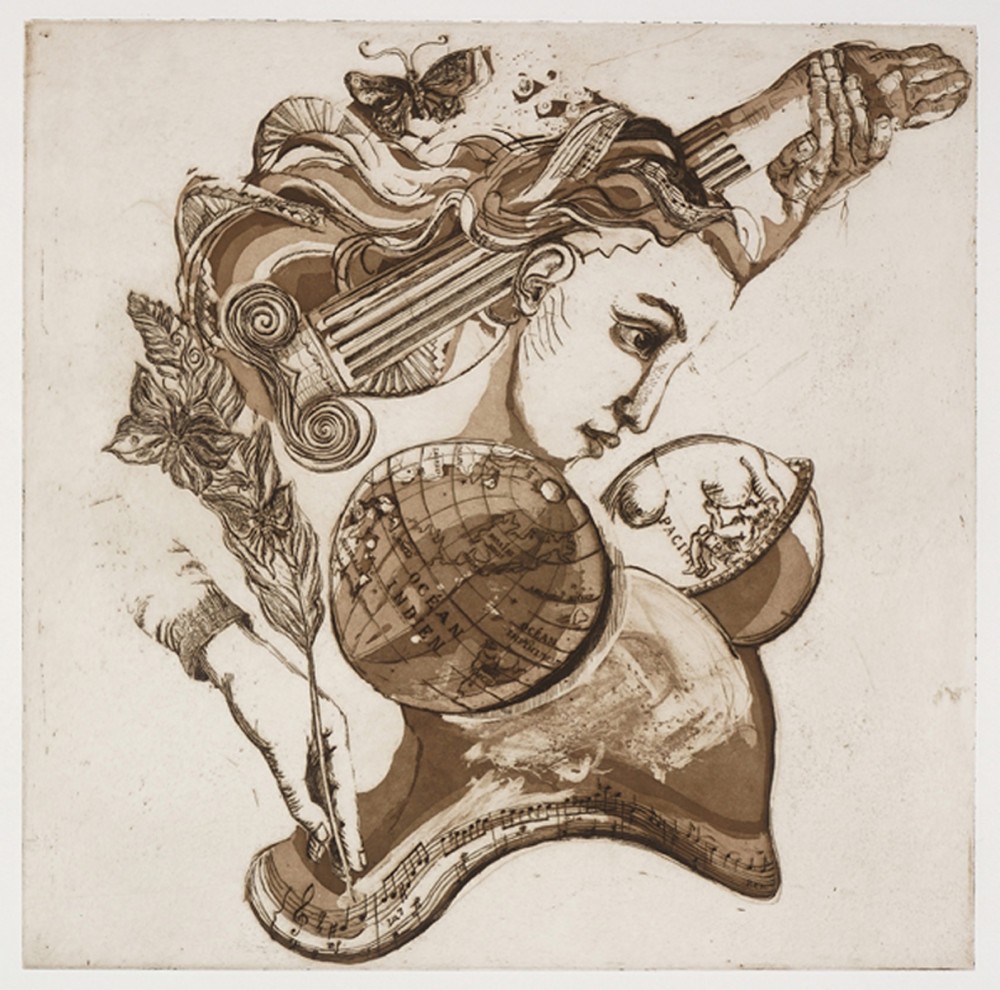 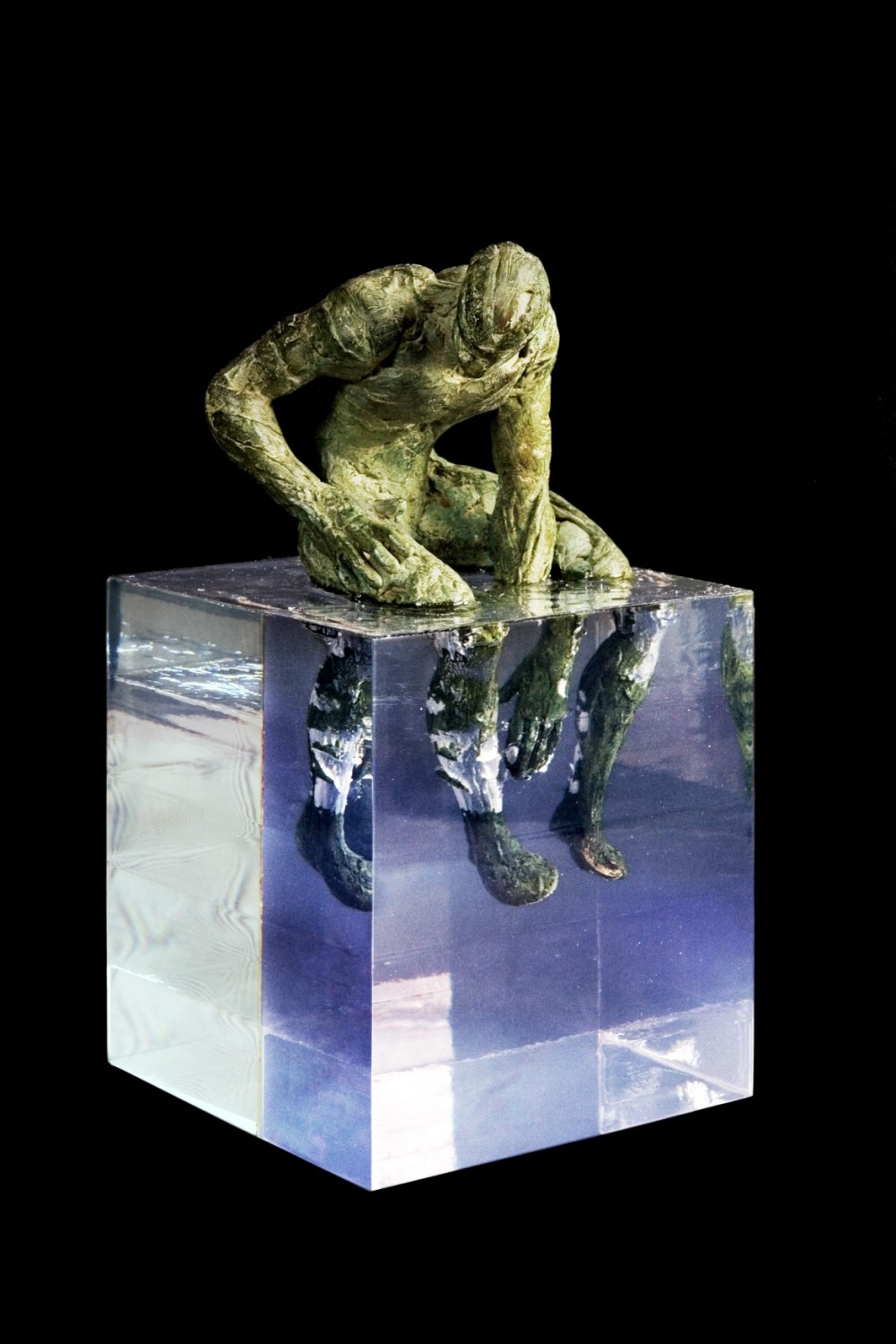 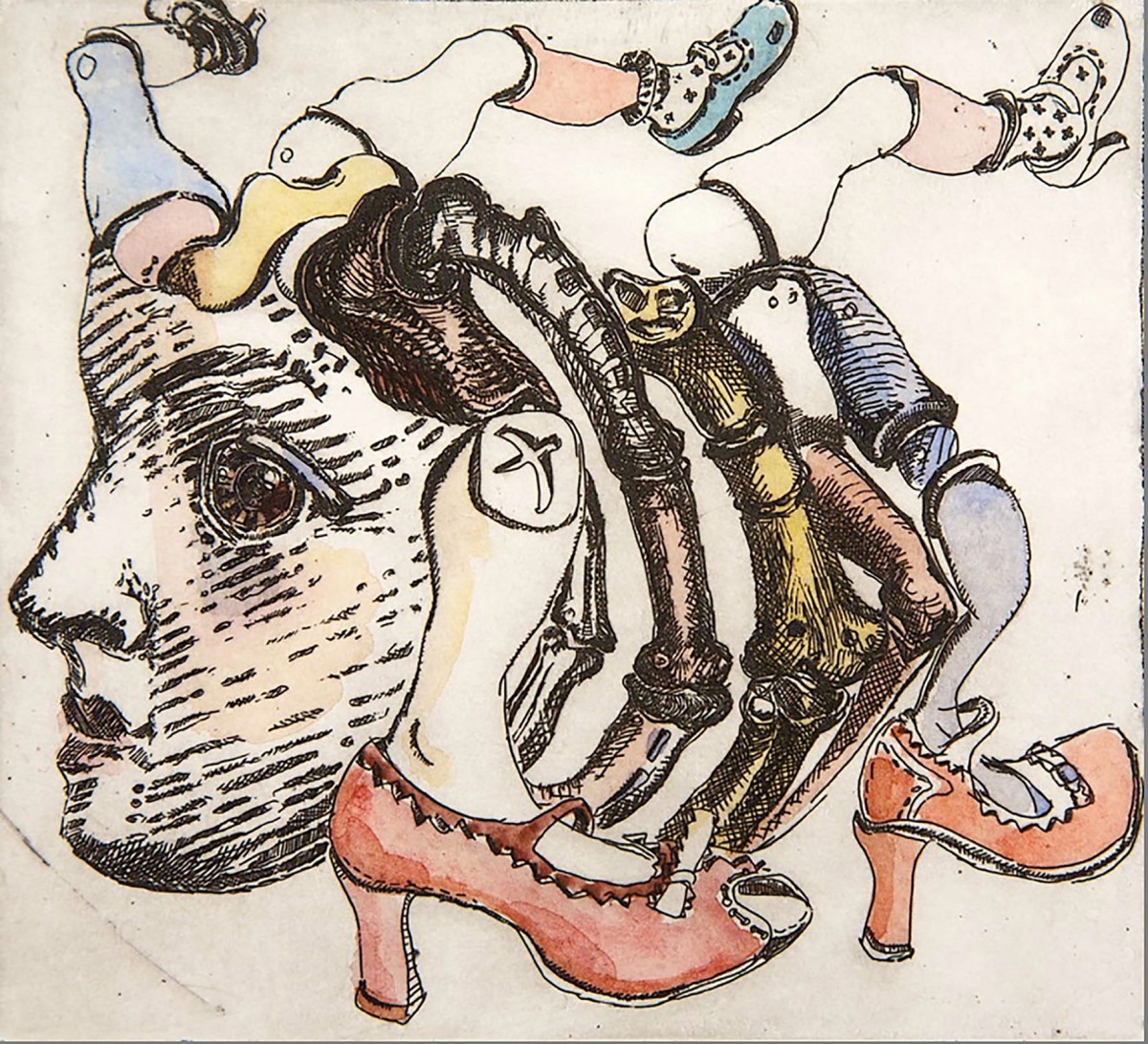 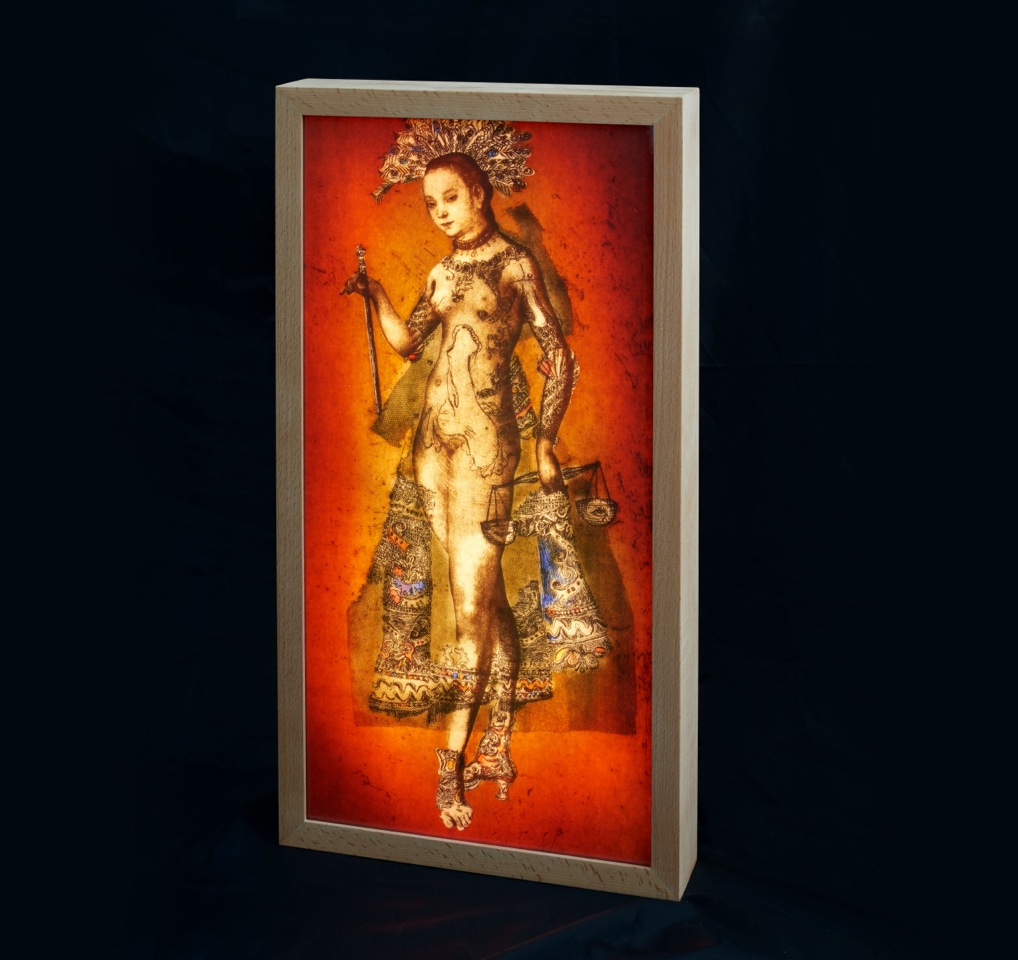