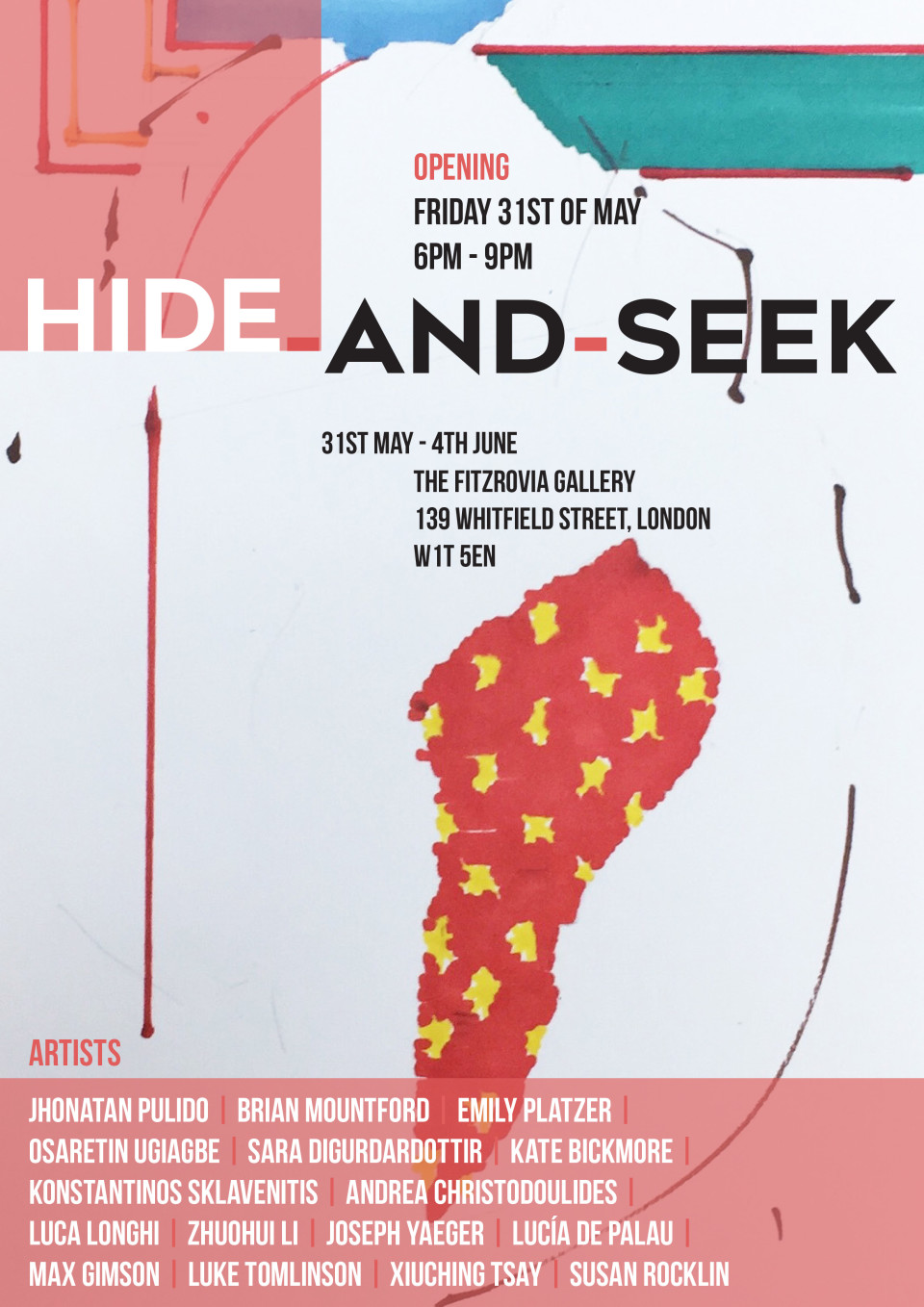 What is the relationship between painting and drawing? What defines the thin line, the threshold that separates the two?
Perhaps for a painter, drawing is a way of speaking fast, excited and incomprehensible. It is a way of writing, of capturing that fleeting idea that the imagination revealed or that the eyes preceded. It is a tool to project and approach specific ideas. It is a way of analysing and thinking about the process. Drawing is the first thing that is addressed when studying art.

In the practice of a painter the drawing can become something that is generated in response to the main work, before, during or after its realization and that often remains anonymous in a notebook, a folder, some corner or on the floor of the studio. However, sometimes it becomes a parallel practice and of equal importance to that of the pictorial act and goes from being the sketch to conceive the work, to be the work itself.

Hide-and-Seek is a drawing exhibition by RCA painters and soon to be graduates. It seeks to make visible what we hide, the decisions that go unnoticed in the studio, but that are the beginning or end of an exhaustive exploration. This exhibition puts participating artists in an uncomfortable place where perhaps “Insecurity” is the common element.