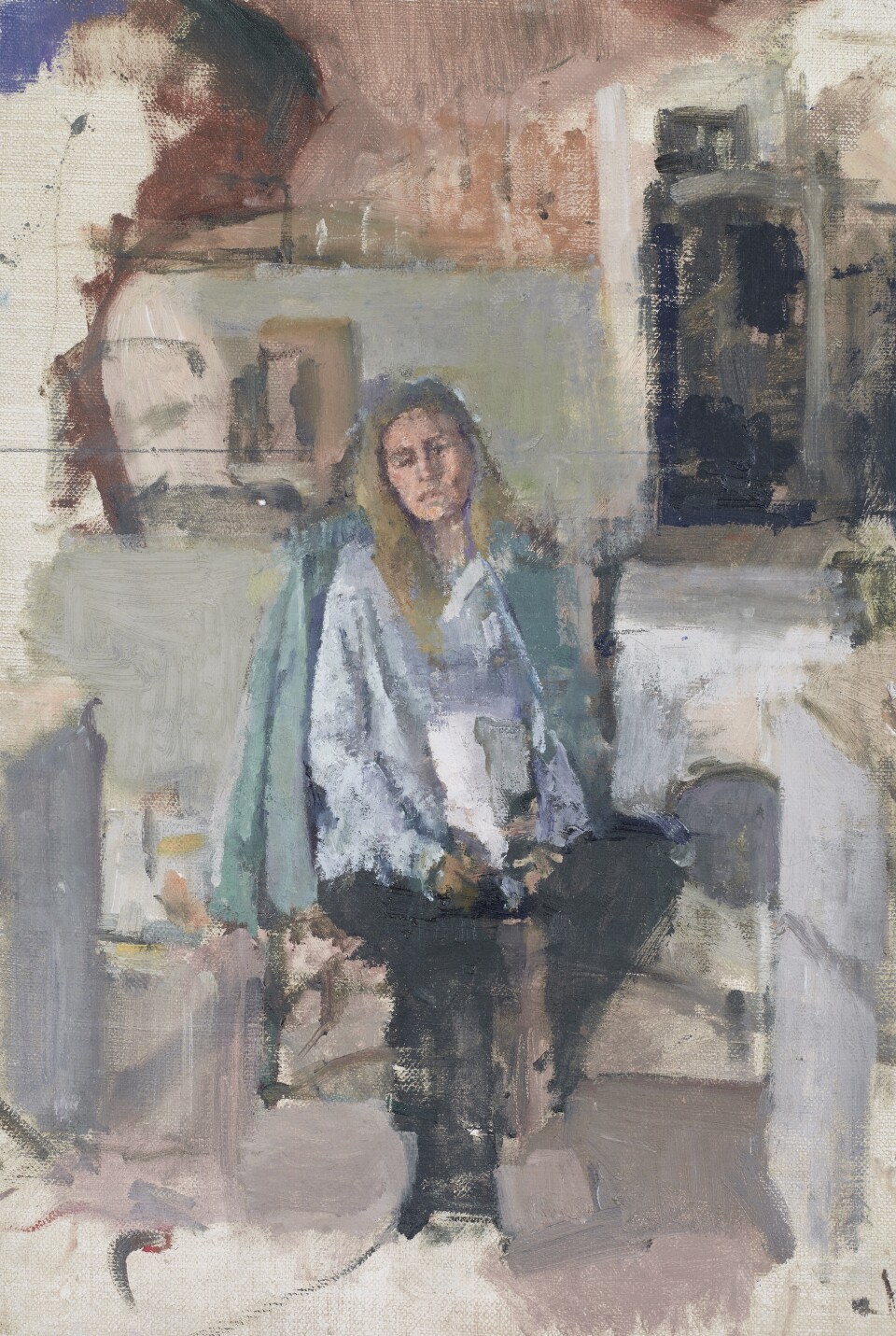 Born in London in 1988, Joshua Press’s early desire to learn how to see led him away from the art schools of his home city in favour of a traditional figurative education, which he found over
seven years of study in France, Italy and Jerusalem. This was punctuated by long-term residencies including a position at the Cob Gallery in Camden.
Though working figuratively, the key to Press’s painting is a form of abstraction that sees the world in terms of raw compositionality. Influenced by an array of British figurative painters, his brushwork aims to convey the uniqueness of particular atmospherics in paint.

Now living and working in London, Press has made his home studio the setting for the remarkable series of individual and group portraits in ‘Different Bodies’. The subjects are close friends and family who have been closely observed over periods of months. Each work has taken on a distinctive atmosphere of intimacy and duration, bespeaking both its own process of coming into being and the act of devotion undertaken by its maker.