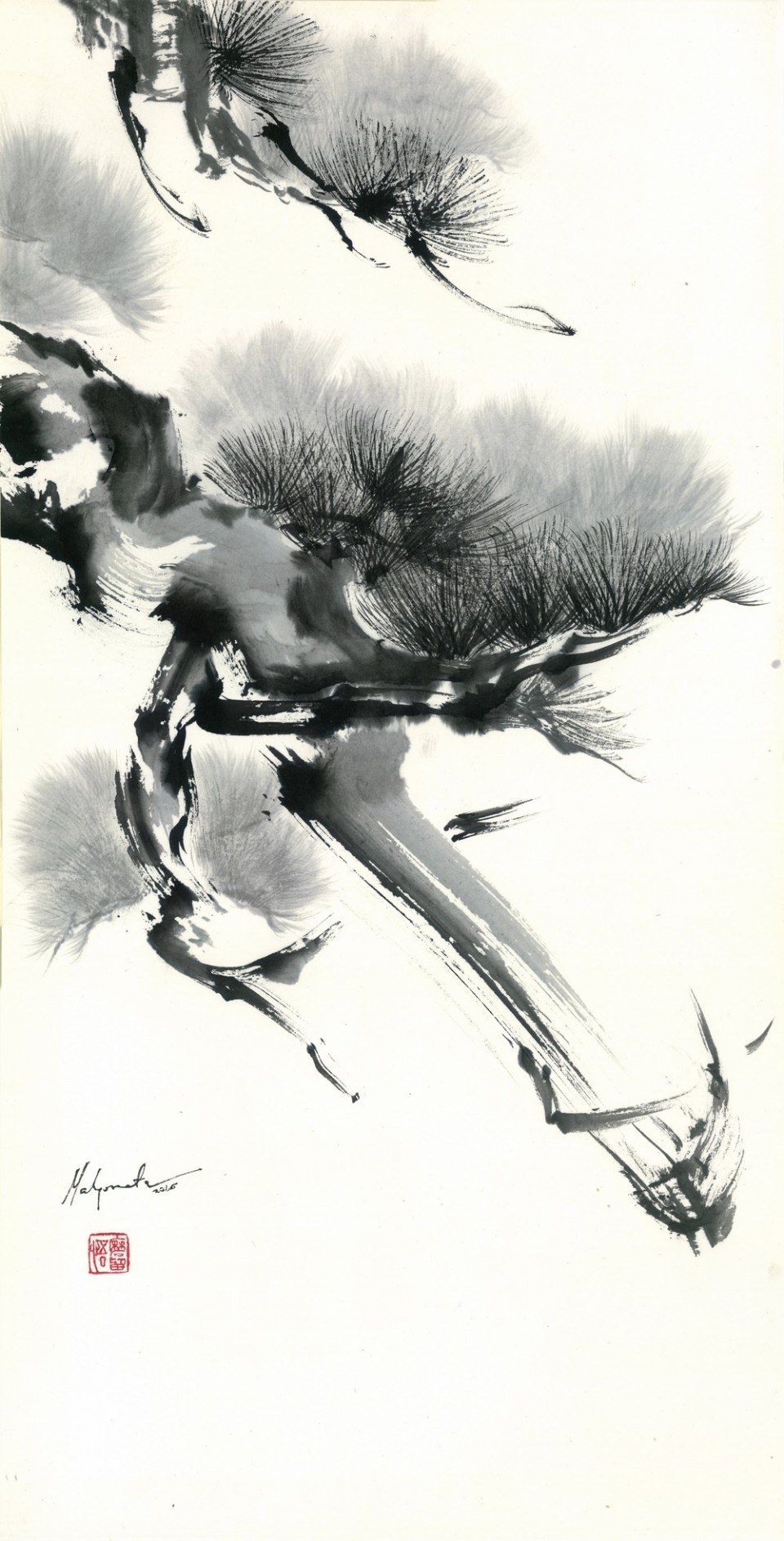 Thanks to her numerous trips to Japan, Margot Olejniczak discovered the art and philosophy of ink painting. Since 2001 she has been studying the Sumi-e art in Tokyo in the classes of well-known masters such as Ilan Yanizky, and since 2012 she has been perfecting her skills in the class of Master Tohun Kobayashi. She runs courses of Japanese painting in Switzerland and in Poland, among others in “manggha” –the Museum of Japanese Art and Technology in Cracow. She regularly exhibits her works at individual and group exhibitions. In 2016 the artsist received a Special Award in the Tokyo National Art Center, followed by a Special Award in the Tokyo Metropolitan Art Museum during Le Salon Blanc –The International Exhibition of Contemporary Art. In 2016 Margot Olejniczak became a member of the art group at Noho M55 gallery in New York, USA.