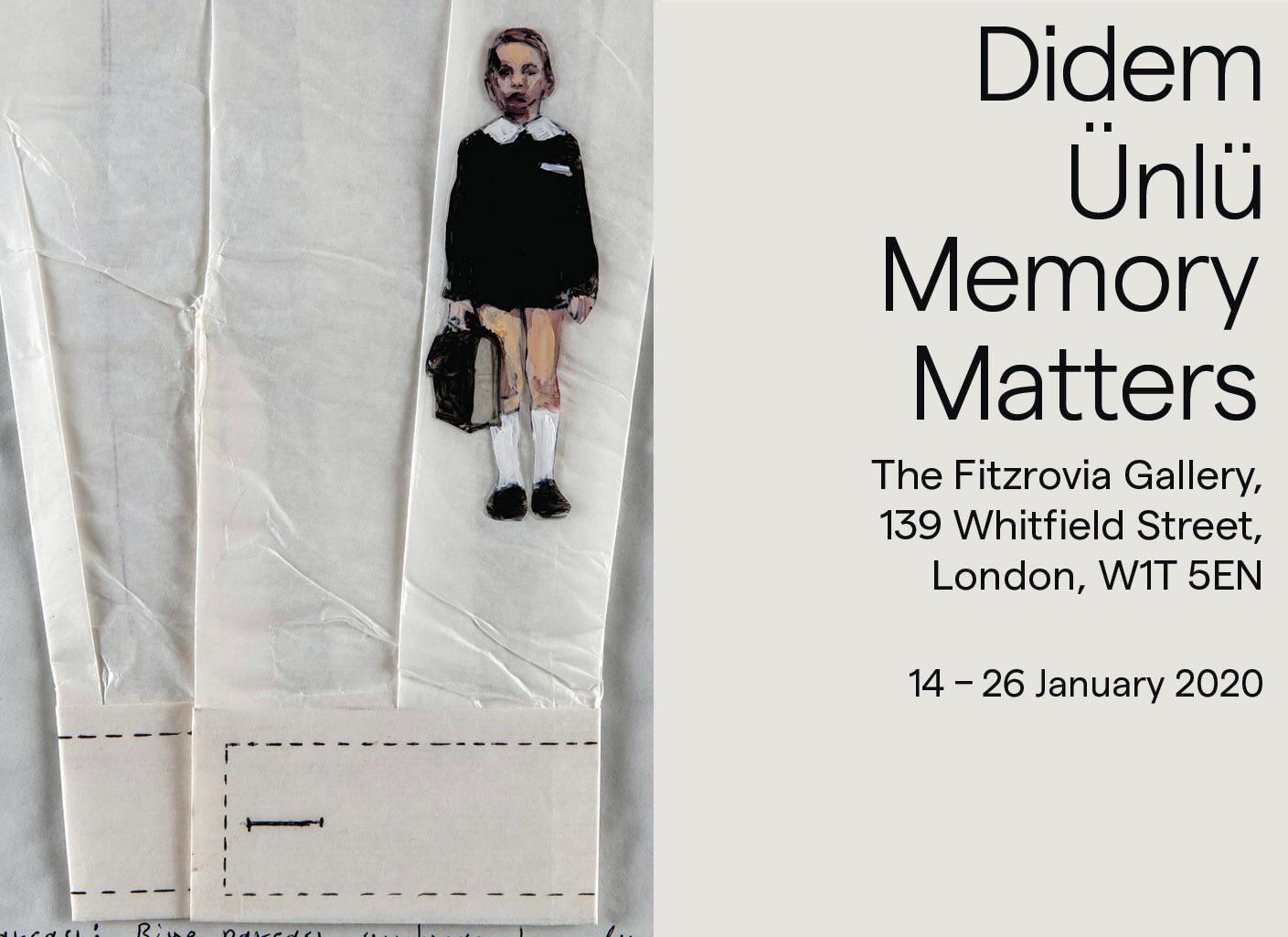 Since the first human on our planet decided to apply color onto walls or form figures out of clay, wood or stone, art obtained many functions and roles within society. It produces knowledge, it functions as a communication medium, it is a propaganda instrument, it counts as a status symbol, it is considered an item for economic investment or it is used as a platform for entertainment. Nevertheless, one of the oldest and basic purposes has never vanished and is still prevailing. Art has always been an instrument for recording and recalling stories and histories, for forming a visual memory. In this sense it freezes time, makes its depicted people immortal and adds data to the pool of our collective consciousness.

Didem Ünlü’s current series of paintings are dealing with memory in the interplay of personal and social reminiscence. Through her works, she creates a comment on history and its visual presentation. The photo-based paintings refer to the moment when people pose in front of a camera, and so the dynamic of life as well as the vividness of social interrelations get frozen. Later, on the chemical surface of a photograph, time stands still and physical movement gets recorded.

Photography functions as a starting point for Ünlü’s painting process, in which the general composition and aesthetic character of personal photos from her family archive get transferred onto paper. During this highly dynamic phase, the artist’s individuality and painterly comments add new dimensions to the reality of the original photos, which are supposed to mirror the reality of life. Though today, no absolute and no single reality exists, neither in life nor in the arts. In the fragmented kaleidoscope of our world, art creates its own reality constructions, which comment on existing realities as well as current alternative proposals. And this approach is clearly perceptible in her pieces.

The photographs Didem Ünlü is working with are taken from her personal family archive. While she lived in London for over a decade, they meant strong links to her past. These still standing reminiscences of her personal history were building bridges between the Now and the Then, as well as between London and Istanbul. Also, the photos represented a longing for home as well as the longing for connecting with the personal stories of her family’s history.

Though, the pictures go beyond being pure items of nostalgia and homesickness. While her father was suffering from Alzheimer, Ünlü was using them for mental exercises with him. During this time, the artist experienced the complexity of the human memory, which recalls incidents according to a diffusing matrix of neurological process. Things from the past appeared as clearly rememberable while current incidents became blurred and strange. This process influenced her to continue to investigate the idea of time, and memory in the context its representation.

Her use of the art of collage supports the series’ conceptual framework. It underlines the works’ multilayered character through a complex aesthetic, which oscillate between, hand-drawn fashion-design elements, manual handwritings about textile measurements and expressively painted figures. Both the drawings and handwritten texts were product of her mother, a professional dressmaker in Istanbul. In Ünlü’s pieces, the forms that originally outlined garments become design particles of the background’s composition. In her series, metric references and design templates build the base, on which figures come together to pose for stereotypical family portraits. The patterns of textile design form the patterns of the space, in which the protagonists of the pieces face the spectator. These templates of design can be understood as references to the templates of society, where everyone is forced to cope with certain matrixes and with special rules.
In Didem Ünlü’s oeuvre, the current clash of realities gets revealed through her use of expressive brushstrokes, her application of color and her appealing combination of photography, collage and painting, where real moments get translocated from one source to another while changing its original medium. During this act, abstraction and distortion give insights in the ontology of social relations, of photography and of art itself.

In her collage-like paintings, Didem Ünlü discusses the construction of identity in the context of family relations and society structures. Without falling into the trap of kitschy nostalgia or false melancholy, she reconsiders personal history and creates alternative family portraits that contain a social memory value for all of us. This is the reason, why the works go beyond autobiographical and subjective references. At the same time, her artistic approach leaves enough space for the spectator’s own stories and histories, which henceforth become part of the exhibited pieces.
In the end, her current work reflects on the process of knowing and remembering in the context of history and present. How do we recall and understand the past while our point of view is so different from the experienced life performance. 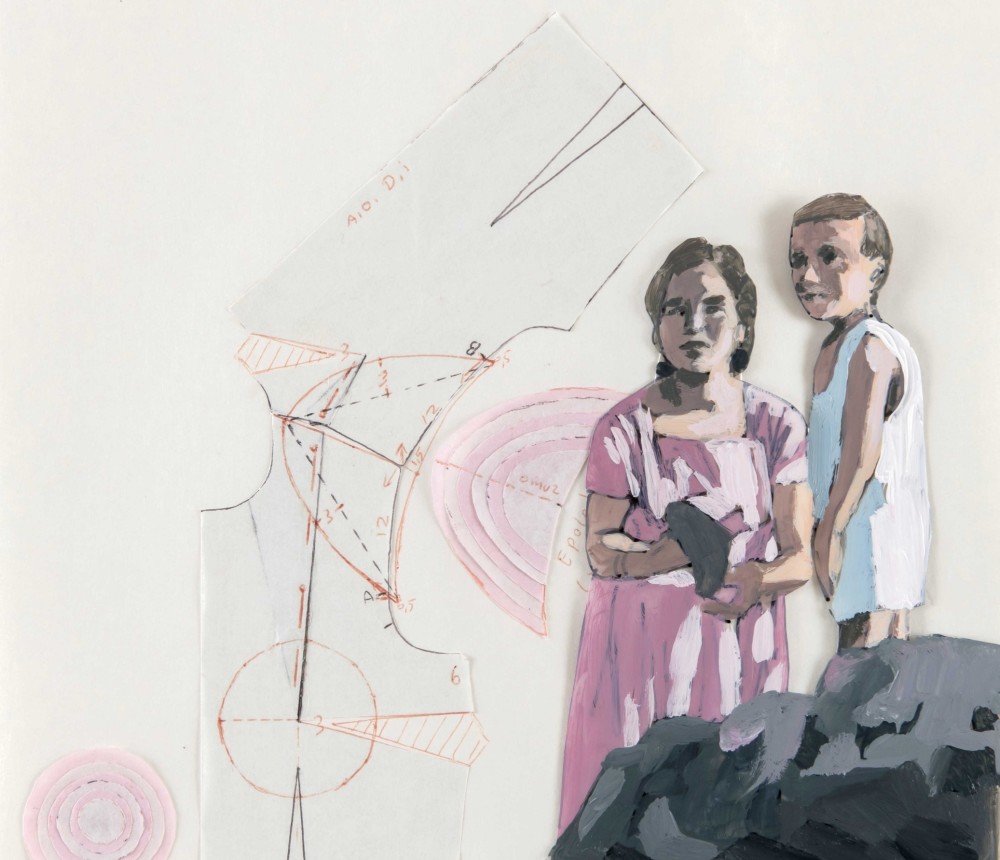 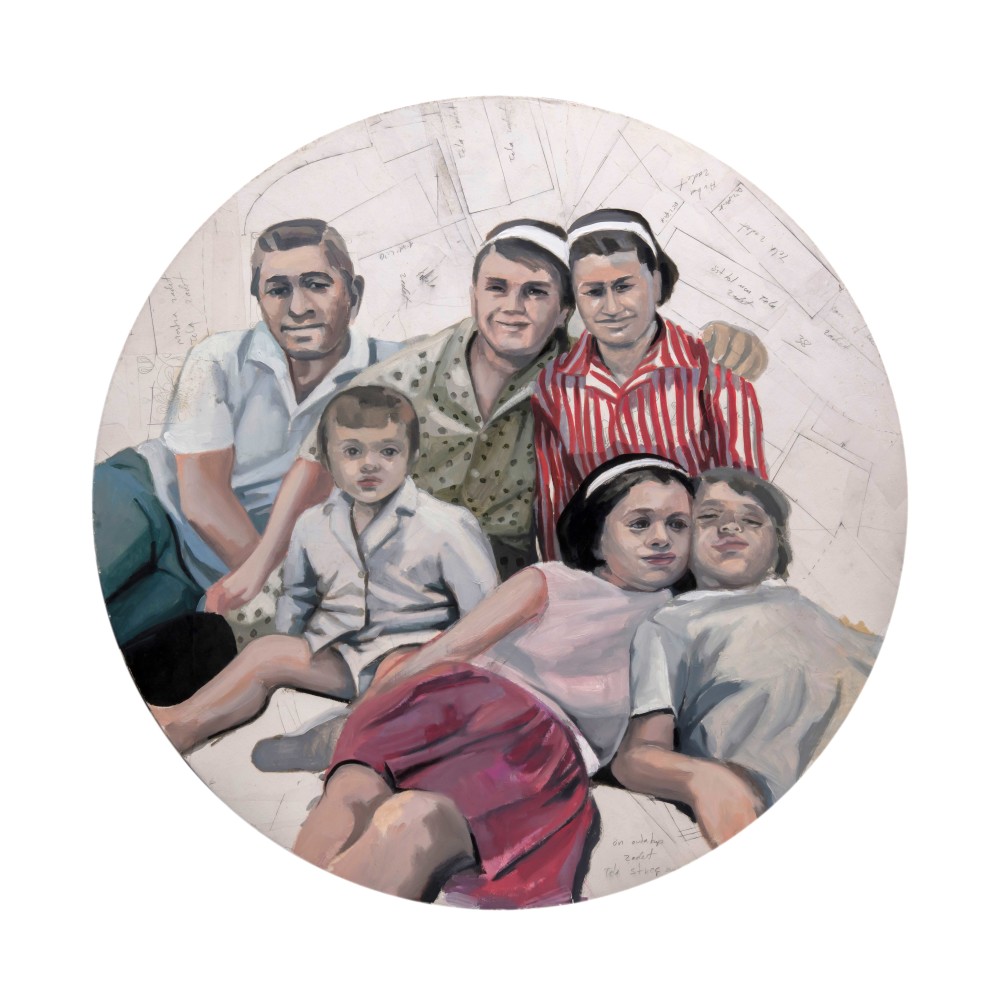 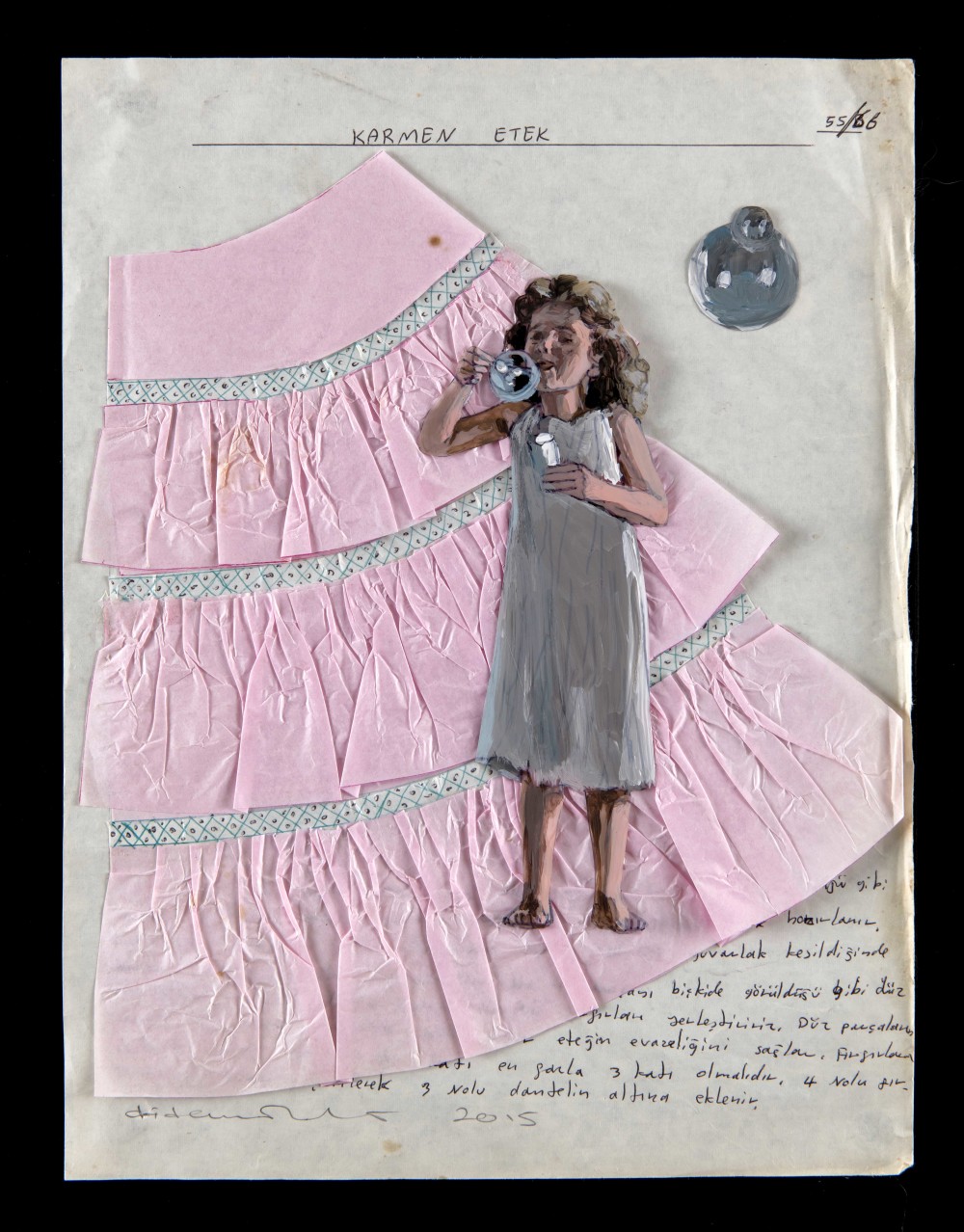