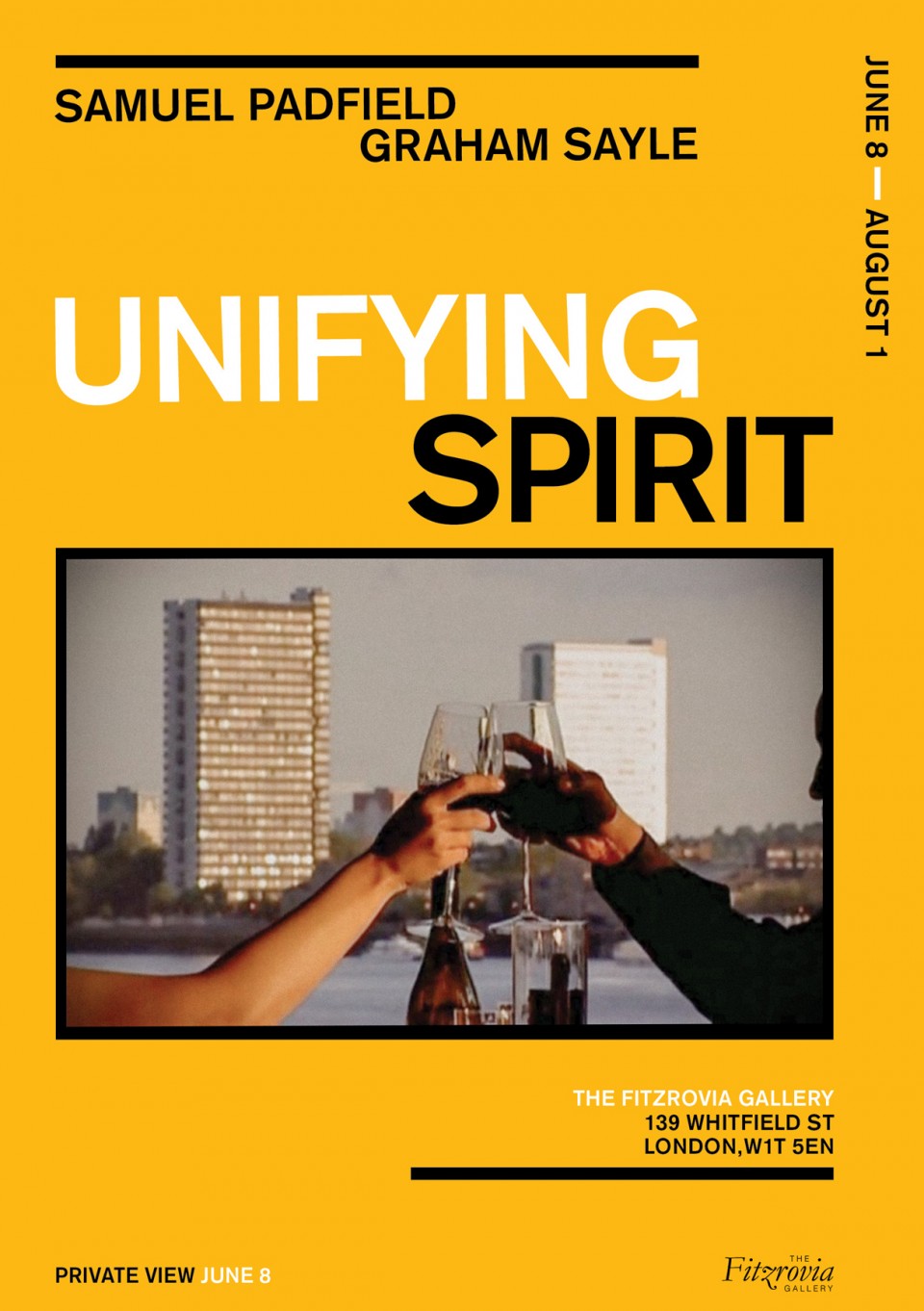 Graham Sayle (b. 1986, Merseyside) is a London based artist with a BA in Fine Art from Goldsmiths. His work has a clear fascination in the hostile architecture of the city and the boundary between private and public space. Working with the materials found in the built environment, his work explores the tension and underlying violence in the design of the city. Recent Shows include ‘Over, Under, Around and Through’ (2017) at Golborne Gallery and ‘V.BLOCC’ (2017) at Batt Coop, Paris.

Sam Padfield (b.1987) lives and works in London. He has a BA hons in Fine Art from Central St Martins. He has completed a two year apprenticeship at Gaskell Quartz Ltd, training in precision hard and semi-precious stone carving and polishing, alongside restoration of 18th Century hardstone objects. Group shows include ‘Adventitious Encounters’ for Open Space Contemporary and ’Somewhere in-between’ at Karavil Contemporary.

The current exhibition at The Fitzrovia Gallery in London, Unifying Spirit, brings together recent works by artists Graham Sayle and Samuel Padfield that explore questions concerned with abstraction, topography, and the changing, increasingly privatised experience of urban life.

Working with materials found in the built environment, Sayle’s work examines the tension and underlying violence of urban planning. The artist adopts an approach close in kind to what the Situationist International called détournement, where pre-existing elements are recombined into new, often politically charged, ensembles. In ‘Untitled (vibrant)’ for example, the artist used sheets of corrugated iron to cast two concrete slabs. These are displayed on yellow metal plinths topped with threatening spikes, recalling those used in cities to separate the private from the public. Meanwhile, in ‘Untitled (inclusive)’ a series of bricks stamped with the word ‘London’ are displayed in a series on a red metal plinth. The positioning of the bricks recalls the language of Minimalism (Carl Andre’s ‘Equivalent’springs to mind) and its exploration of industrially produced materials, but in Sayle’s work the industrial is embedded in a different history, that of gentrification. Equally important in the latter’s work is the use of colour, which operates across different registers. Red and yellow, both primary colours, evoke the histories of abstraction in artistic modernism, from Rodchenko’s monochromes to Mondrian’s grid paintings. But if geometric abstraction is conventionally seen to have turned its back to the world—Rosalind Krauss described this tendency as modernism’s ‘will to silence’—in Sayle’s work colour is inflected with a particular social meaning, acting a critique of the privatisation of the city.

Padfield’s work is less explicitly concerned with the urban, even if it is also evoked in his uses of concrete, for example, which recalls Brutalist architecture, as well as his use of grids, often used in city planning (think of cities such as Brasilia or New York). The work appears more focused on questions of topography, mapping and the diagrammatic, and the distinction, or perhaps indistinction, between images and objects. In ‘RG1’, for example, a golden grid or lattice was stencilled onto glass, which appears to float like an icon above the imposing concrete structure that supports it. To make the work, Padfield photographed fabric arranged in ripples. From this point he created the rippling grid via a process of displacement mapping. While the grid is conventionally seen as an emblem of rationality, in Padfield’s work the irregularities produced by the process of mapping are such that the grid functions as a distorting agent in the field of vision. This is perhaps what makes ‘RG1’ feel closer to the tradition of landscape painting, or indeed of land-surveying and cartography, than it does to sculpture, even if the work is emphatically three-dimensional, inviting the spectator to walk around it. A similar distorting impulse is encountered in ‘RG2’. To make this work, Padfield hand painted a grid onto the surface of an unyielding cast concrete relief. The diagram, painstakingly painted over many hours, plays upon the sculptural surface of the image, its warp and its weft distorting the territory it describes. While ‘RG1’ was digitally produced, and can thus be read on a commentary on an increasingly immaterial culture, in ‘RG2’ there is an embodied, tactile dimension to the process of making. Each line reads as an index or trace of the body, allowing for slight variations that disrupt the abstract, rationalising tendencies of the diagram. 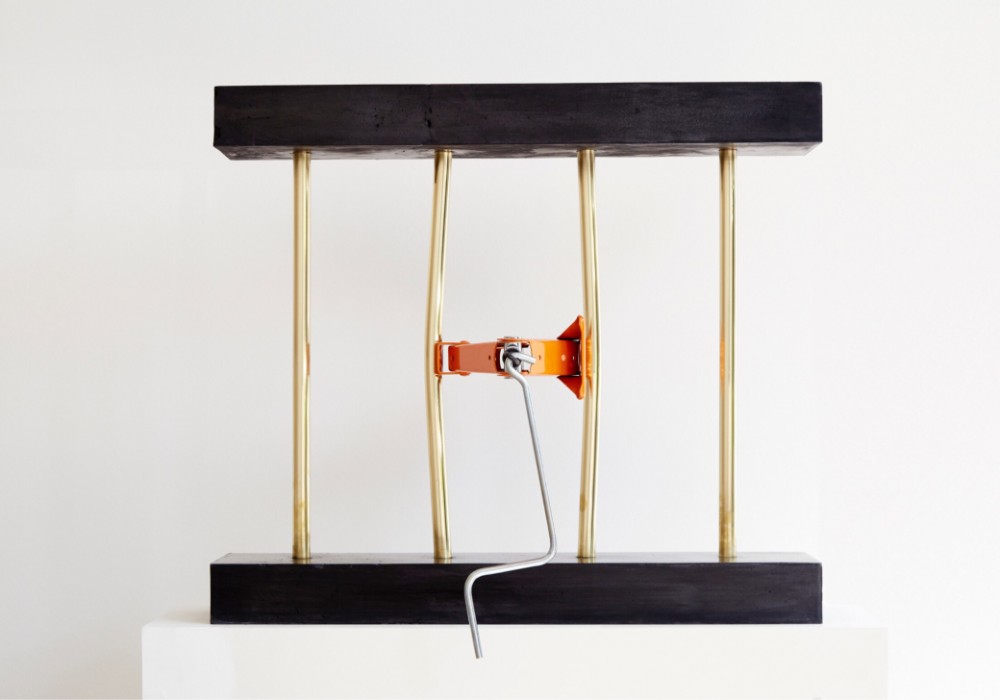 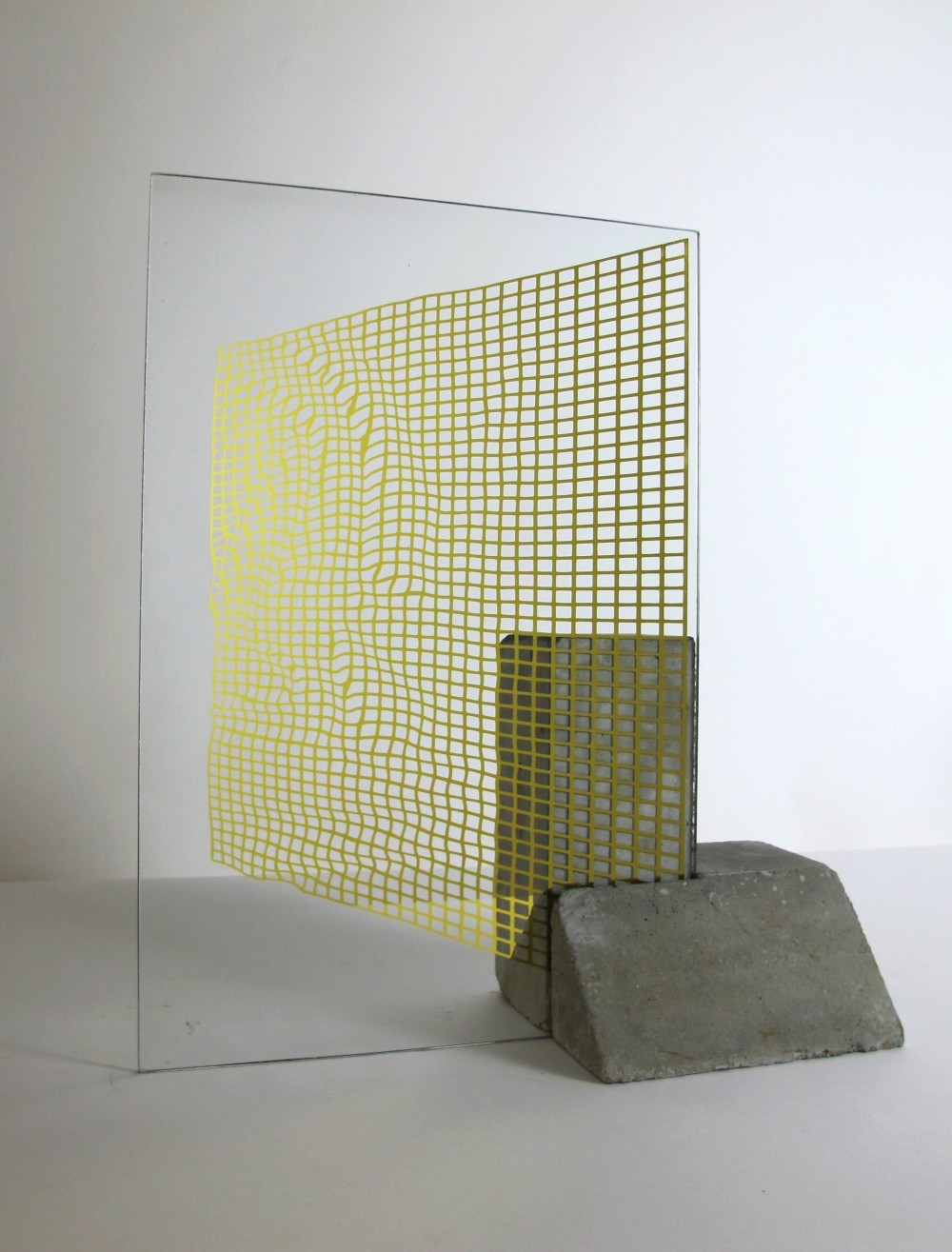 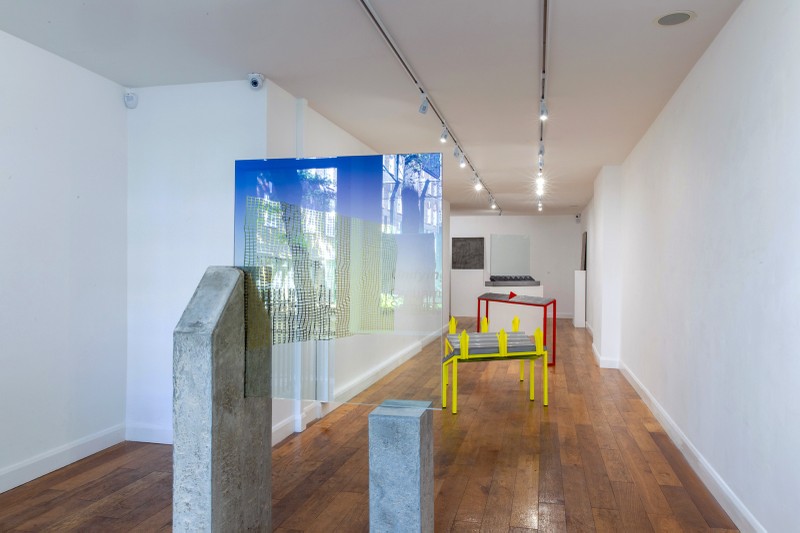